I’ve been working on something with my friend and now co-founder Victor Cho. Forbes blogger sums it up nicely.

BigLeap is a platform for changemakers (someone who sees a problem or issue and is willing to act to solve or improve it) to rally help by holding a competition with a crowd-funded reward–as though they were raising funds on Kickstarter for the prize money.

The pilot test is running now, which is what Forbes talks about. A neuroscientist from Berkeley is the champion (changemaker) behind the challenge.

It’s very early in our development and we have a lot to figure out, but the basics of the app are built out and we have more challenges on the way.

What I like is that it gives us the power to focus attention on a problem and get the brightest minds around the world working on it. The games challenge reward is relatively modest at $25,000; you can imagine 500 people contributing $50 to catalyze an outcome.

But we think it can work at scale, too, with global problems like solar adoption rates. Solar power is ubiquitous in Germany; that country decided to end its dependence on potentially dangerous nuclear power and fossil fuels.

But the price per kwH is still much higher–twice as high–so the payoff for a typical homeowner in the US isn’t fast enough to inspire mass adoption.

What if someone discovered a way to double solar efficiency, while simultaneously cutting the cost of manufacturing? Imagine a world where all power is supplied by the sun–no more coal plants putting mercury into our waterways and oceans, no more gas-powered vehicles, no more nuclear meltdowns like the one in Fukushima. 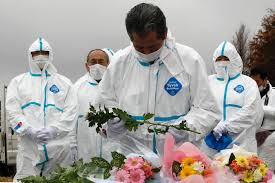 How much would you give to see such a positive outcome? What if 2 million people contributed $50 toward the solar challenge?

And how many bright minds would come together to work on solving that challenge because of the promise of the outcome and the $100 million prize?

Most challenges, we think, will be more modest and more localized. In Lancaster, PA, we have an ugly public square called Lancaster Square. It doesn’t reflect the character and nature of the town or its people; it reflects the idiocy of 60’s-era “urban renewal”–ugly, linear, concrete edifices.

I’m going to be the champion in this case and start a design competition with a crowd-funded reward pool of $5,000. We can easily imagine 100 people kicking in $50 to inspire designers, architects, students, or anyone to come up with the best use of that space, or the best building concepts. I have no talent for this, but I bet we all know someone who does.

That’s the second pilot–it will help us work out the kinks, and maybe it will influence the development of that space.

So that’s the new thing. BigLeap.org It’s kind of like XPrize meets Kickstarter, if XPrize were faster moving and provided tools for anybody to be a changemaker. I’ve wondered why it takes them so long to raise prize money and why some prizes are unfunded, but I suspect it’s because they depend on grants, corporate sponsors, and maybe the internal plaque that can develop when you institutionalize an idea.

We bring the crowd to the party, and break down those barriers. I’m certain there will be copycats, but for now I’m grateful to Vic for coming to me with this idea.

It’s going to be a fun one!